Rogaine Review: Are the side effects worth it? Are there any alternatives? An in-depth analysis 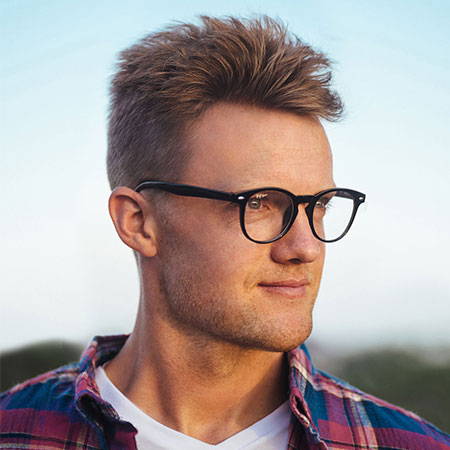 In this article we will review the most common side-effects of using Rogaine (generic name minoxidil) for hair loss.

Then we'll look at the research studies to see if there are any other options that could effectively replace Rogaine without the side-effects, and I'll share my top 3 alternatives further down.

Although Rogaine has been FDA approved for for hair loss for over 20 years, due to limited effectiveness and the high chance of negative side-effects, more and more people are turning to alternative options when it comes to hair loss treatments, which we'll explore in this article.

What are the most common Rogaine side-effects?

Scientists still do not really understand how Rogaine works. Most researchers believe that Rogaine is a vasodillator, which means it opens up the blood capillaries in the scalp to help more blood flow to the hair follicles.

However, we now understand this isn't the full story as Rogaine pills have been shown to cause hair growth throughout the body. 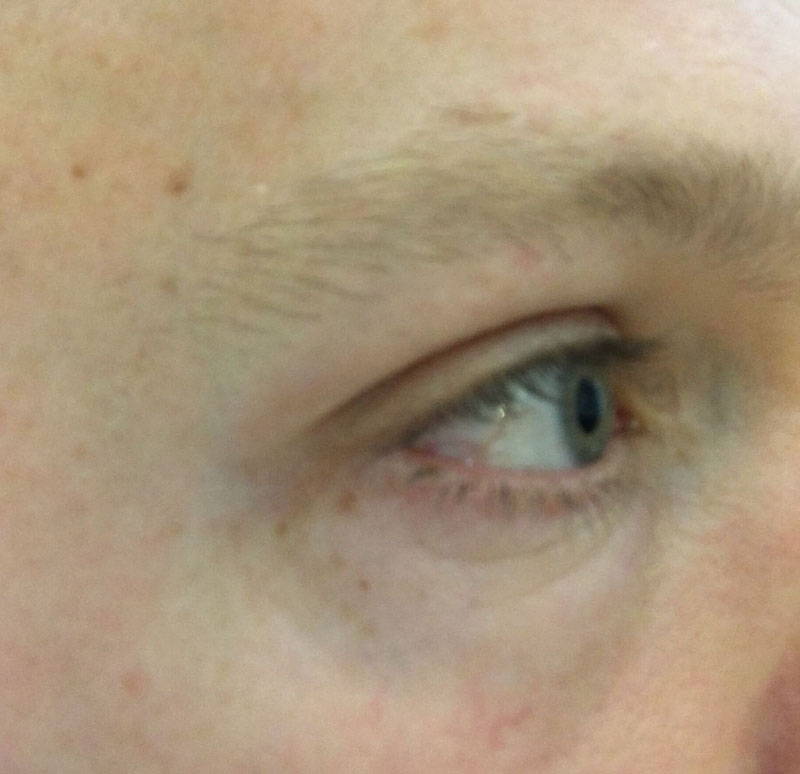 At any rate, the number of people experiencing side-effects from Rogaine is around 3-5%, although some larger scale studies have put that number as high as 16%.

Rogaine has been used as a treatment for hair loss for over 20 years, so by now we have some pretty good data about how well it actually works, and the results are actually pretty good.

What happens with long term Rogaine use?

Negative side-effects in the short term are one thing, but what we don't really know is the true cost of long term exposure to Rogaine.

Is it possible that Rogaine could cause long term damage that we don't yet fully understand?

In the long term, users of Rogaine have noticed lower effectiveness, as it becomes harder and harder to maintain any hair improvement whilst using it.

Additionally, once stopped, most of the hair that had been saved by using Rogaine tends to fall out quickly, leading to what's called the "dread shed" - a rapid hair shedding phase.

Are there really no other alternatives to Rogaine?

Luckily for us, scientists have been using Rogaine in studies about hair growth for quite some time now. These studies use Rogaine as what's called a "positive control".

Because many researchers have setup their hair growth studies to compare a new substance against the "positive control" of Rogaine we can easily see if they perform better or worse than Rogaine at regrowing hair.

Because the process is so expensive, no one will ever spend that money to approve an alternative to Rogaine if they don't already have a patent for it.

Hence, it is possible that many alternatives to Rogaine could exist, and work just as effectively, and yet they will never get approved by the FDA because no one is willing to spend the money on the approval process if they don't hold a patent.

Top 3 science-backed, alternatives to Rogaine based on the data

Although no other substances are approved by the FDA for hair loss treatments, due to the cost of getting approval, there is still a good amount of data comparing Rogaine against some naturally derived alternatives in independent scientific studies.

We've selected the top 3 substances from all the studies and outlined how well they regrow hair compared to Rogaine below. Lets take a closer look at each: 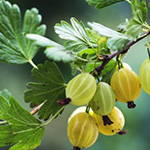 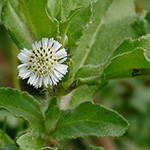 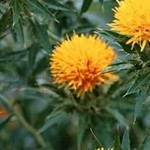 As we can see from these top 3 alternatives, there really are naturally derived substances that compare very favourably to Rogaine in independent research studies.

However, for people seeking an alternative to Rogaine this is good news because we can still use these extracts to help regrow our own hair without the big expense.

Rogaine does not help block DHT. Yet scientists have known for a long time that DHT is the main hormone involved in male pattern baldness.

What if some of the natural Rogaine alternatives were combined with a powerful natural DHT blocker?

Saw palmetto has been recognised for a long time as a natural DHT blocker.

Typically saw palmetto is taken in oral form, but a more potent saw palmetto extract can be used directly on the scalp to help block DHT directly. 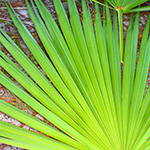 Saw Palmetto Isolate - Saw Palmetto was able to block DHT in via oral consumption of the berry extract by up to 65%. (Source)

By combining the top 3 alternative substances with saw palmetto, some users have been able to see conclusive hair thickness and density improvements within months.

So, what is the next step for people who are worried about using Rogaine?

One option that many people are now turning to is the Scalp Elixir.

The Scalp Elixir is an alternative to Rogaine which contains only natural derived extracts and isolates, and is becoming more and more popular in the hair loss communities, with over 100+ excellent 5 star reviews and counting.

The Scalp Elixir was originally formulated by scientists as an alternative, for those worried about the side-effects of Rogaine.

The Scalp Elixir has gained a lot of popularity lately due to its combination of effective and naturally derived ingredients, and now has over 100 top rated 5-star reviews from verified customers all over the world.

Users of the Scalp Elixir are seeing "thickness improvement" "more baby hairs" "less hairs falling out". It's clear that it is helping a lot of people improve their hair health dramatically.

My hair had dramatically thinned 6 months prior and it was making me really really worried. Under any kind of bright light my scalp would come shining through, and frankly I just hated how it looked. Since using the Hairguard Scalp Elixir my centre parting has gotten visibly thicker making my scalp less visible, it's just a massive relief.

Rogaine gave me really bad dark circles after just a couple of weeks using it but it actually helped so I was hesitant to give it up. I decided to give the the elixir a try after a friend recommended it and haven't looked back since. I've fully transitioned over to this now, it works just as well but without the dark circles. 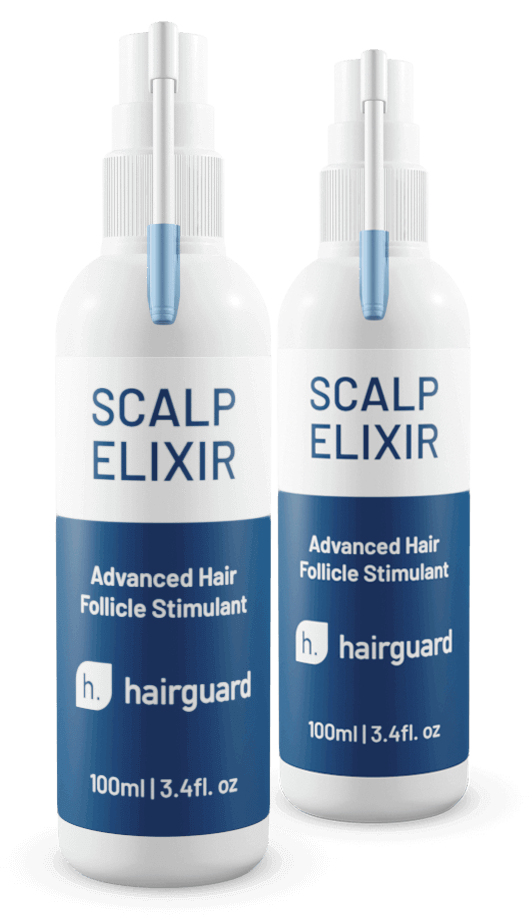 And it's not just the customers who are raving about it. Bloggers and major publications have started talking about these Rogaine alternatives and how well they work.

One blogger used the Scalp Elixir for 6 months and soon noticed major new growth along the temples and hairline. Something that had previously been impossible even with other treatments like expensive which had cost $860 and done nothing. 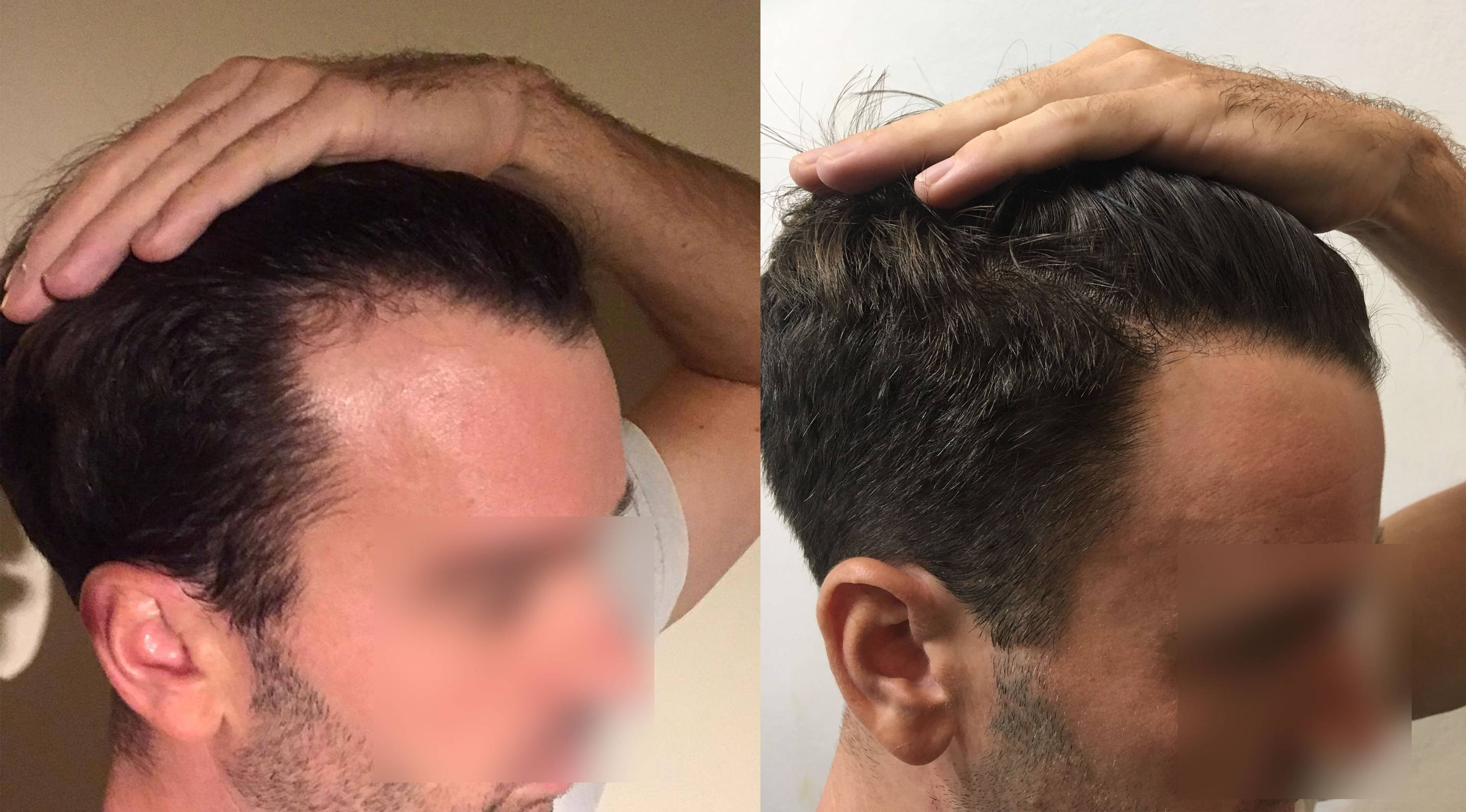 So how can you get started with this alternative to Rogaine?

Scalp Elixir availability can be checked below:

Hairguard, the manufacturer of the Scalp Elixir has been in business for over 5 years helping men and women with hair loss. There's no reason not to get started right away with the Scalp Elixir which right now is available with free worldwide shipping and the rock solid 180 day refund guarantee.

That's right, you can actually try the Scalp Elixir right now for 180 days to see the results for yourself before committing. There's also free shipping available right now.

For those worried about the side effects and downsides of Rogaine, the Scalp Elixir is a worthwhile alternative that you can try with zero risk.