Welcome to the Hairguard stress reduction mini course. In this course you're going to learn our best practical tips to help reduce your stress levels, and in turn improve the health of your hair. 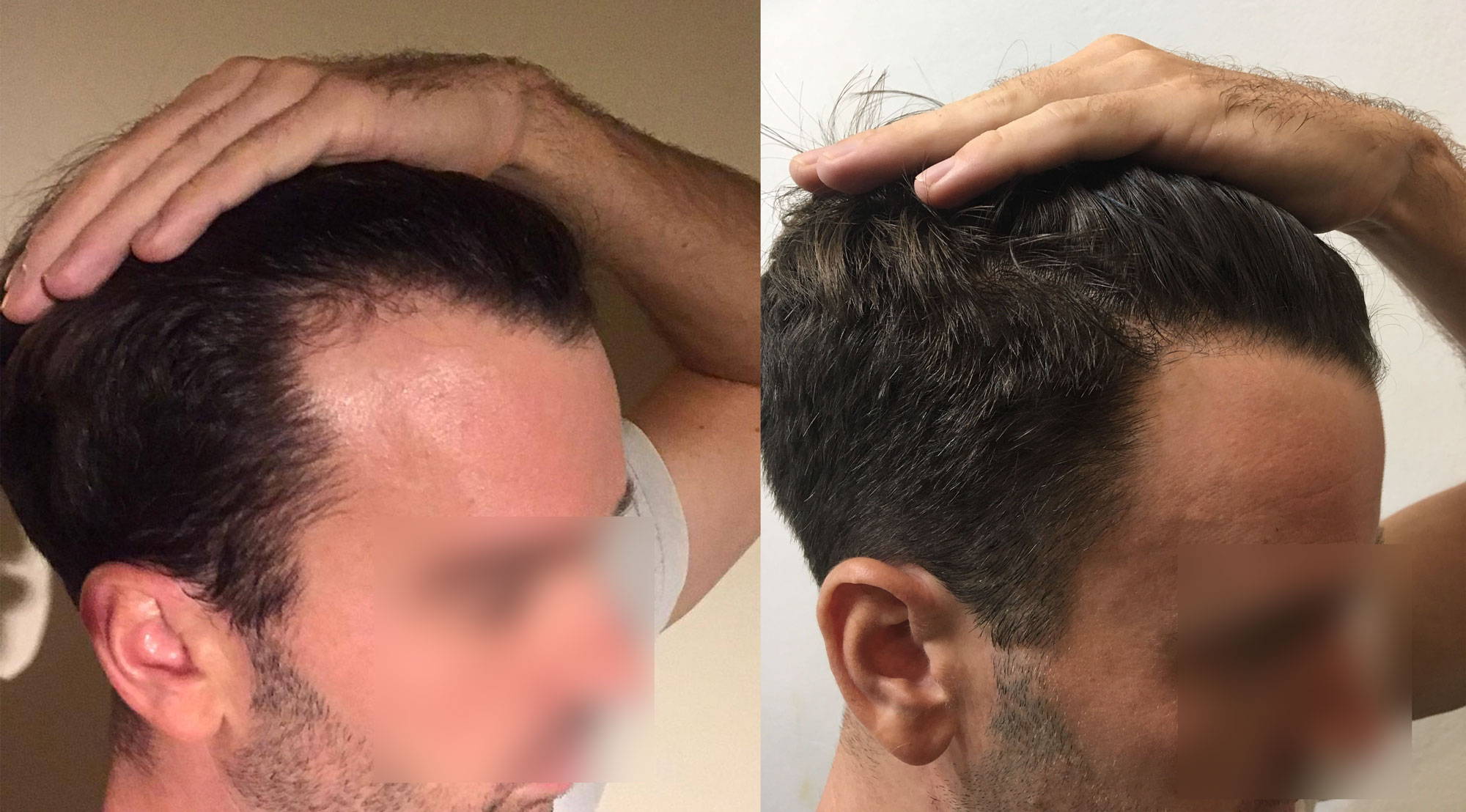 Ask any doctor and they'll say that DHT is the hormone that causes male pattern baldness.

But in this article you'll learn why that's only half the story. DHT by itself doesn't cause hair loss, and you're about to learn why.

With the understanding that DHT + scalp tension is the true cause of male pattern hair loss, you'll be able to make an informed decision and decide for your self on the the best treatment for you.

Learn how exercise can help reduce stress. What you need to do and how to do it to start reducing your stress levels permanently.

And because they can't produce DHT, they also never suffer from male pattern baldness (or enlarged prostates.)

Back in the 1970's, when the Guevedoces first came to mainstream attention, researchers became interested in the curious of the Guevedoces.

Because they never went bald, scientists wondered if these men held the key to curing male pattern baldness.

Summary: The Guevedoces of the Dominican Republic lack the enzyme 5-alpha reductase, and therefore their body cannot produce DHT. The Guevedoces have never shown any signs of male pattern baldness, even into old age.

At the time when the Guevedoces where gaining mainstream attention, a man called Roy Vagelos was head of research at the multinational drug company Merck.

Roy saw how the Guevedoces never went bald and realised the opportunity it presented to help invent a cure for hair loss.

As the Merck scientists learnt more about the Guevedoces they realised if they could stop  5-alpha reductase they might be able to stop hair loss (and treat enlarged prostates too.)

Finally, in 1994 Merck released and got approval from the FDA for a new drug, finasteride, to help treat enlarged prostates and later in 1997 to treat baldness. 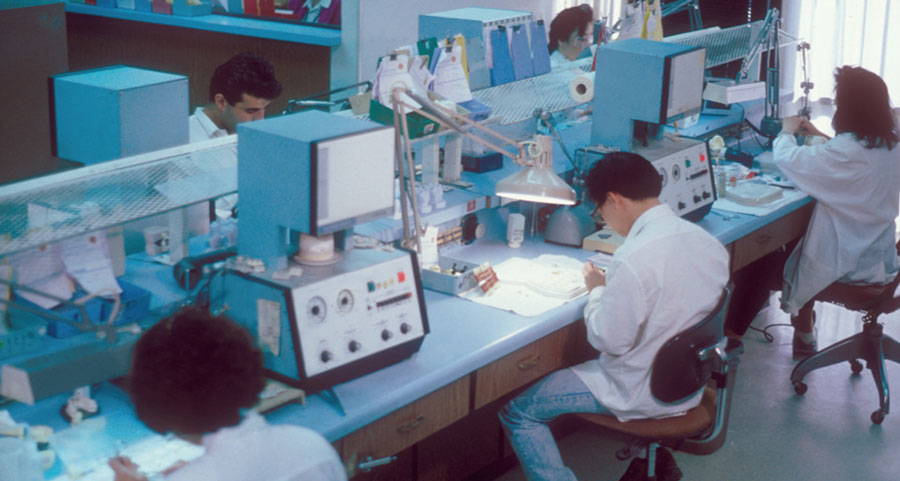 Finasteride blocks almost all type-2, 5-alpha reductase (type 2 is the important enzyme for hair loss because it's the one present in the scalp.)

The problem however, is that despite almost all the DHT being blocked very little hair regrew. Finasteride could help stop further hair loss and thicken existing hairs, but it didn't really regrow hair that was already lost.

There must have been something more going on at the root cause of hair loss than just stopping DHT.

And also, why was it that some hair follicles fell out (at the front) but other hair follicles (at the back) were absolutely fine and continued to grow healthily forever?

(There is DHT circulating throughout the entire scalp.)

Researchers suggested that the follicles at the front were different from the ones at the back. That they were more sensitive to DHT. And those at the back weren't affected by DHT. But as we'll see from hair transplant studies further down in this article, this isn't the case.

This begs the question, since DHT is present throughout the scalp, why does the hair fall out in a predictable pattern starting at the front?

What causes the 'pattern', in male 'pattern' baldness?

Summary: The inventors of finasteride studied the Guevedoces and realised if they could block DHT with the drug they could prevent hair loss. Finasteride blocks about 70% of circulating DHT, but it doesn't regrow much hair.

To answer this question, we need to look for another factor that's causing the hair follicles to become sensitive to DHT in the first place.

Have you ever wondered why there's a pattern in male pattern baldness? This predictable pattern in known as the Hamilton Norwood scale (shown above). I'm sure by now you've seen this scale before.

But researchers could never explain this pattern before, that was, until they took a closer look how the tensile force varied across the scalp.

In the digram below, on the left hand side is the tensile force of the scalp. Dark blue shows less tension. Lighter blue/green shows more tension.

On the right hand side of the diagram shows the progression of male pattern baldness as shown in the Hamilton Norwood scale.

What scientists noticed was that the exact same places where the tension was highest (due to the curvature of the top of the scalp) was where hair loss happened first.

And at the back and sides of the scalp where the scalp was not tense at all, the hair was growing thick and healthy.

Below is the same image but with a real image of a man with the typical male pattern baldness pattern. Now you can clearly see how high tension areas correspond with the first areas to lose hair.

The scalp is being pulled down from the back and sides creating tension on the top. This tension makes the hair follicles sensitive to DHT causing hair follicle miniaturization (if DHT is present).

Here's another image where you can clearly see: side and back = low tension. Top = high tension. 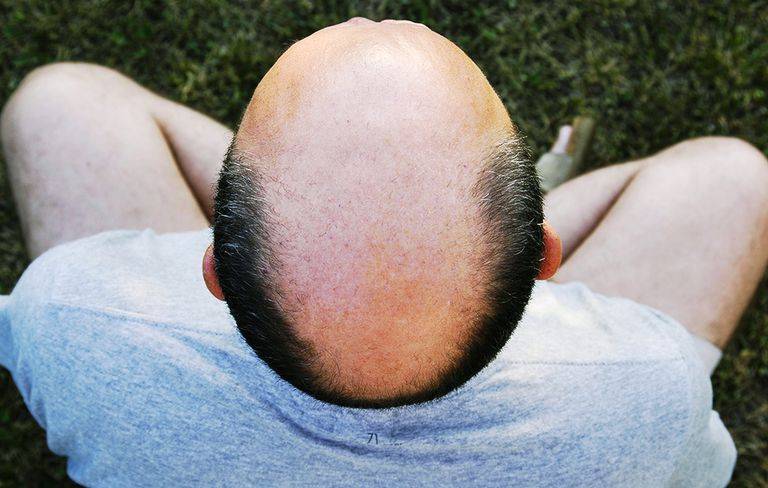 Try it yourself now. Take your hand and feel your scalp.

At the front temple area take two fingers and try to pinch together the skin. If you're losing hair there you'll notice the scalp is tough, tense and hard to pinch.

Now try at the back of your head where there's plenty of hair. The skin pinches much more easily. There is almost no tension. You can probably pinch together a big chunk of skin because it's loose.

Scalp tension varies throughout of the scalp, due to where the muscles connect with the scalp and the curvature of the top of the head. This tension makes the hair follicles sensitive to DHT and therefore start to miniaturize when DHT is present.

By taking a closer look at hair transplants we can see the truth about DHT + scalp tension causing male pattern baldness.

What happens when hairs are transplanted from the back (low tension) to the front (high tension)?

But what if a hair transplant patient doesn't take finasteride?

Do those transplanted hairs start falling out because there's DHT and now there's also scalp tension?

It just takes longer for the hair follicles to become affected by the scalp tension.

When a hair follicle gets transplanted, it's not just the shaft of hair, there's also a fairly large chunk of the surrounding tissue, dermis and vascular network that comes with it.

This is a typical hair transplant graft when looked at up-close: 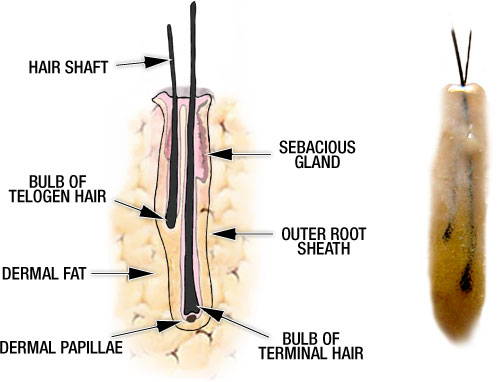 The same goes for hair follicles. The more surrounding tissue gets transplanted with the hair shaft, the longer the hair will survive in the new (high tension) scalp environment.

Remember though, this is only the case when the HT patient doesn't take finasteride (which is rare because almost all surgeons require it).

This is also why studies show that micrograft 'clumps' had much higher survival rates than singular hair follicles.

Summary: Hairs transplanted into high tension areas will eventually fall out unless the patient takes finasteride. The balding clock gets reset (typically 5-8 years) and the time depends on the amount of surrounding tissue around the hair follicle graft.

Given what we now know about scalp tension + DHT causing hair loss, what happens when we reduce the tension in the scalp?

Scientists thought of 3 clever ways to test their theory and see if new hair would grow. Let's take a closer look at the 3 ways.

The first method to reduce scalp tension is the most obvious technique. The idea is to massage the scalp (rubbing, kneading, pinching, stretching) throughout the perimeter and top, with the goal of manually reducing the tension.

There have been a number of studies that show scalp massages reverse hair loss, the latest study was done in 2019 and involved 327 participants who self administered standardized scalp massages. (Source) 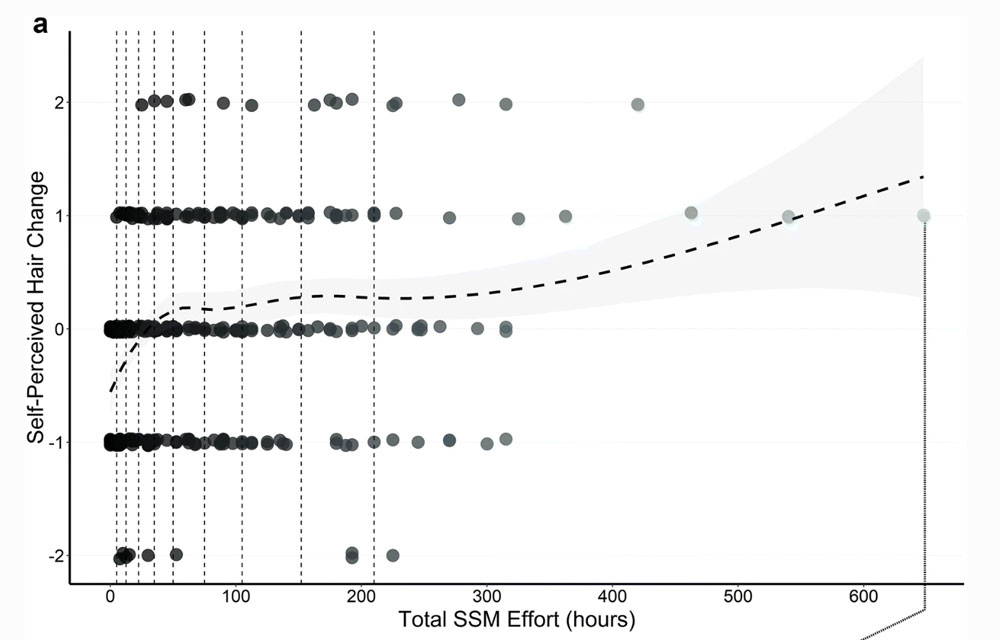 Now let's look at the 2nd way to reduce scalp tension that scientists looked at.

The 2nd way that researchers looked at to reduce scalp tension wasn't such an obvious method, but it was ingenious: they would inject the muscles surrounding the scalp with a muscle relaxant which would stop the top of the scalp being pulled so tight.

Researchers injected a liquid (botox) which caused flaccid paralysis, into the muscles. This meant the muscles went completely relaxed for 6 months, until the botox wore off. Botox was injected into the temporalis and occipitalis muscles as shown in the diagram below. 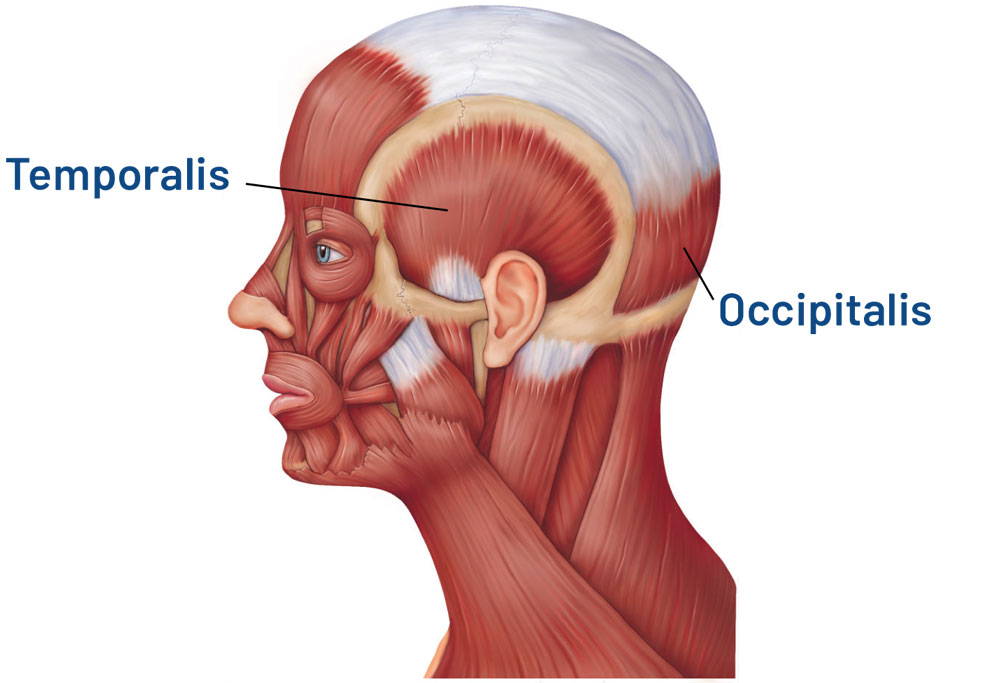 As a result, participants in the study noticed their hair loss start to stablize and then regrow. After 6 months noticeable amounts of new hair had grown back for the majority of participants, due to the muscles being relaxed.

Summary: By reducing scalp tension, either through scalp massages or via relaxing the muscles in the scalp, hair loss can be stopped and some hair regrown (even without blocking any DHT). 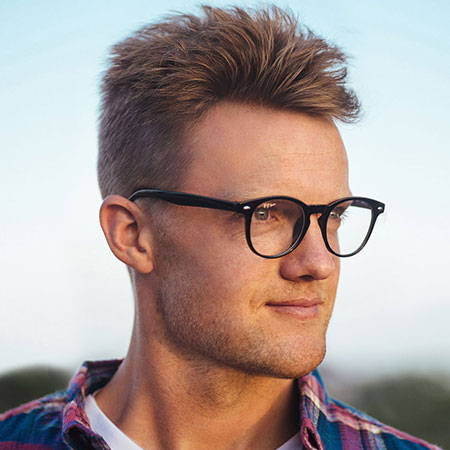 Author: Will Slator, founder of Hairguard.